Daffodil Hill Growers represents the third generation of farming for the Blersch family. At a time when milk and eggs were delivered to homes each week my grandfather and great grandfather were chicken farmers. My grandfather moved the farm to our current location in Southbury in 1949 from Stratford. The farm in Southbury became known as Woodside Farm. The land was farmed until the early 90’s when my grandfather passed away.

In 2004 we put up our first greenhouse, and slowly began restoring the property to be a working farm. Now with 5 greenhouses, for 12 years we grew outstanding high quality plant material for wholesale and retail. Beginning in 2016 we will no longer be growing plant material, choosing to focus exclusively om vegetable production.

Daffodil Hill Growers branched out into field grown vegetables in 2007 when it was realized that we needed something to take up the season in between annuals and mums. Vegetable production now makes up over half of our business. We specialize in heirloom tomatoes, speciality eggplant, greens, broccoli, beets, okra and more. We are one of the only farms in the area growing vegetables year round using an unheated greenhouse known as a high tunnel. We pick salad mix and greens from November until May. Our produce can be found at two local winter farmers' markets and three summer farmers' markets. Visit our farmers' market page for more details ! We began offering a CSA in 2014, and have expanded the number of shares and add on's available in 2015. We are proud to only include in our shares items that are grown on our farm.

Sara oversees crop planning, quality control in the wash/pack area, scheduling and overseeing the farm crew. Dan handles all aspects of field vegetable production from IPM, to tractor cultivation to deciding which crops to plant where. Dave, Sara's Dad is responsible for keeping their tractor fleet running smoothly. While Kathy, Sara's Mom is in charge of the greenhouse from watering, IPM, planting and seeding. Sara's sister Laura watches Maggie, Sara and Dan's daughter and also delivers CSA shares to her office pickup point in Stamford !

The Farm Crew is made up of students from Nonnewaug High School. Most have been with DHG for several seasons. They are the backbone of the farm, we count on them to do the lion's share of the harvesting. Also they are responsible watering, hand weeding as well as greenhouse work and transplanting into the field.  Danielle has been a part of our farm since she was too little to officially work. Her father is a friend of Dave's and she would ask to come and hang out on school vacations. She is old enough to actually work now and it's her 4th season with us. She hopes to be a butcher and own her own craft butcher shop someday. Bailey is in her 3rd season at the farm and is a freshman at Emmanuel, she is hopes to be a vetrinarian. She is the face of DHG at Southbury Farmers' Market, her humor and organization skills keep us going. Hailey is entering her 3rd season at the farm, she is a junior at Nonnewaug and lives in nearby Roxbury. Hailey is active in student council and her dry humor and wit help us get through the day, she also hopes to become a Vet one day. Shannon is a sophmore at WestConn and was a huge part of our greenhouse operation. She is truly the only person we have ever met that likes weeding and that was ok with us ! She was also great at weeding and seeding too. Shannon is studing ecology and biology at WestConn. Nicky has been a part of our crew for several seasons, he is a sophmore at UCONN studying engineering. He recently completed a semester at sea. Nicky's best qualities include being able to be 3 steps ahead, working independently, organization and being Maggie's best buddy. 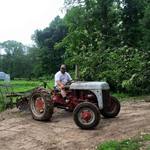 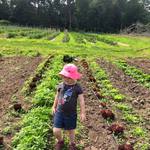 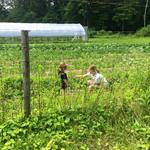 Visit our farmers' market page to see when and where we are ! CSA enrollment for 2021  is open and will be open until we sell out. See our CSA Page for more information. Please note as of 2016 we are no longer open to the public for plant sales.